Professor Prash Sanders is a Clinician-Scientist at the University of Adelaide and the Royal Adelaide Hospital. He has an interest in the management of atrial arrhythmias and atrial fibrillation. 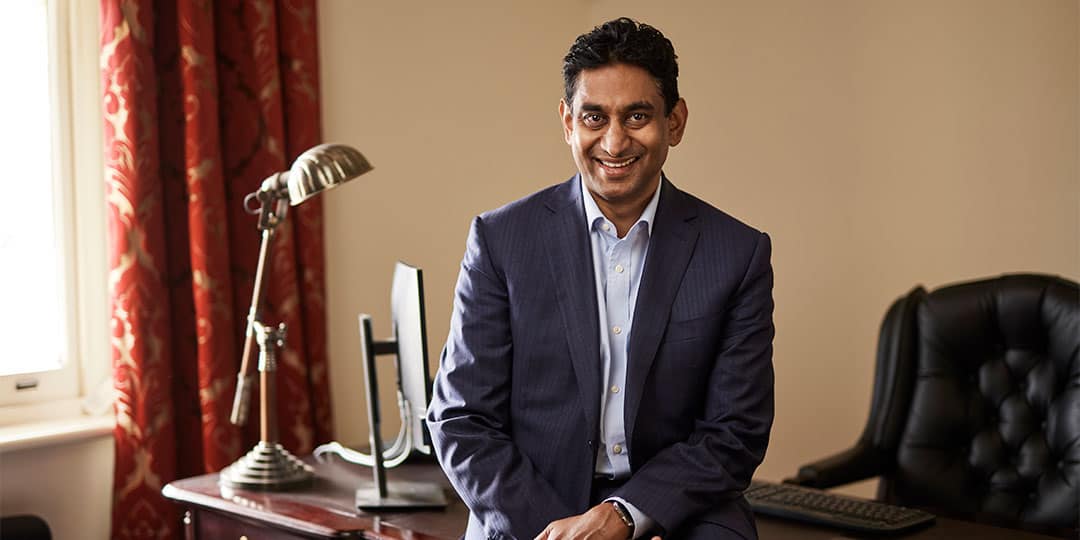 Prash graduated with honours from the University of Adelaide in 1994. He undertook Physician and Cardiology training at the Royal Adelaide Hospital. He then undertook clinical training in Cardiac Electrophysiology at the Royal Melbourne Hospital under the mentorship of Professor Jonathan Kalman. During this time he also completed his PhD through the University of Melbourne. His PhD studies entitled “Electrical and mechanical remodelling of the atria associated with atrial arrhythmias” was awarded numerous accolades including the Heart Rhythm Society Young Investigator Award (2002), Commendation for the Victorian Premier’s Award (2003), Finalist for the Ralph Reader Award from the Cardiac Society of Australia and New Zealand (2002) and Finalist for the Samuel A. Levine Young Investigator Award from the American Heart Association (2001).

Following this Prash was awarded the prestigious Neil Hamilton Fairly Fellowship from the National Health and Medical Research Council and the Ralph Reader Fellowship from the National Heart Foundation to join the team of Professors Michel Haïssaguerre and Pierre Jaïs in Bordeaux, France. This team are pioneers in cardiac electrophysiology and have been responsible for the development of catheter ablation techniques for atrial fibrillation. During a 3-4 year period with this group, Prash has developed a significant expertise in complex catheter ablation techniques used for the treatment of a variety of arrhythmias with a particular focus on atrial fibrillation. He has been responsible for significant contributions to the literature on the mechanisms of atrial fibrillation and the techniques for its ablation. During this time, he was awarded the Clinical Research Award from the Heart Rhythm Society in 2004.

In 2005 Prash returned to Adelaide and was appointed to the Knapman – National Heart Foundation Chair of Cardiology Research at the University of Adelaide and as Clinical Director of Cardiac Electrophysiology at the Royal Adelaide Hospital. Prash’s team has established themselves as one of the major electrophysiology groups in Australia with national and international recognition. This team has been at the forefront of ablation strategies for the treatment of atrial fibrillation. Prash has published 35 book chapters, >600 publications and >1000 abstracts.

Prash has been awarded several accolades. In 2010 he was named the Australian Medical Researcher of the year under the age of 40. In 2013, he received a NHMRC Achievement award for the highest ranked Practitioner Award. In 2020 he was awarded the Eric Susman Prize by the Royal Australasian College of Physicians for the best contribution to the knowledge of any branch of internal medicine.

Prash’s interests are in all aspects of clinical cardiology with a particular focus on heart rhythm disorders. He undertakes pacemaker implantation, cardiac defibrillator implantation, cardiac resynchronization, electrophysiology studies and ablation (in particular ablation of atrial fibrillation) and all device follow ups. Prash has admitting rights and undertakes procedures predominantly at the Royal Adelaide Hospital and Ashford Hospital. He also admits patients to St Andrew’s Hospital, Calvary Adelaide Hospital and Calvary North Adelaide Hospital. He also has access appointments at the Repatriation General Hospital and Flinders Medical Centre. He consults at our clinics at the Cardiovascular Centre at Norwood, Port Lincoln and Whyalla.